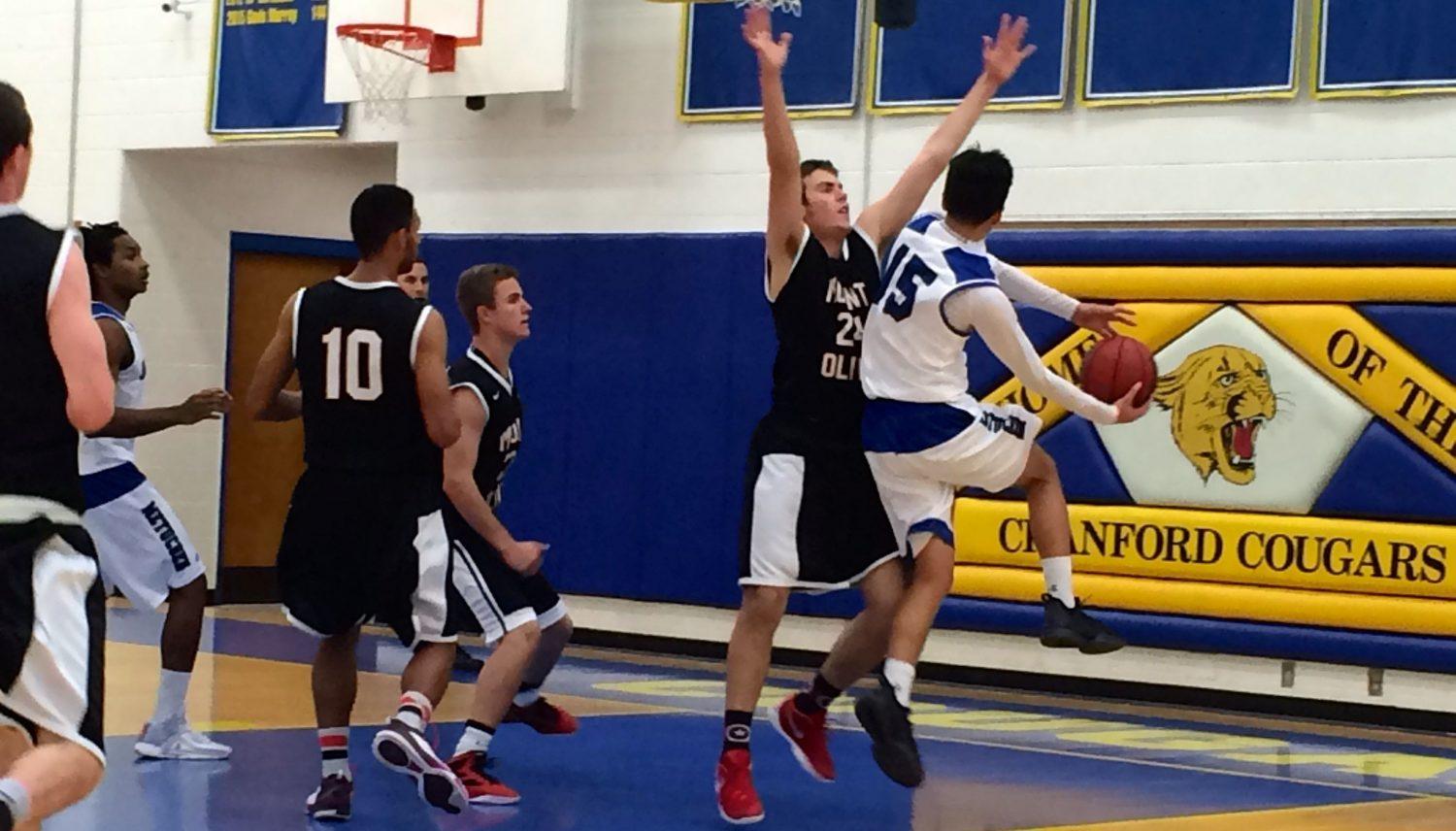 SOUTH PLAINFIELD, NJ–Thanksgiving Day games are behind us now, and all that remains is Championship Weekend. Four teams from the Greater Middlesex Conference will try to win sectional championships on Friday night and Saturday. GMC Gridiron plans to see three of the contests including Carteret vs. Matawan for the Central Jersey Group III Championship at Kean University on Friday night, December 5th, South Brunswick vs. Manalapan in the Central Jersey Group V Championship at Rutgers University on Saturday morning, December 6th, followed by the North Jersey Section 2 Group IV Championship between Colonia and Phillipsburg. Meanwhile, Dunellen will be taking on Shabazz in the North Jersey Section 2 Group I Championship at Kean University on Saturday afternoon. Below are game capsules with predictions on these four sectional finals:

#5 Matawan (7-4) vs. #3 Carteret (8-3)–These two teams played each other in the opening round of the 2011 Central Jersey Group II State Tournament when the Huskies derailed Carteret’s undefeated season that year with a 28-14 victory at The Pit in Carteret. This year, both teams played Long Branch and Colonia. Carteret split with Long Branch including a semifinal win two weeks ago down along the Jersey Shore. The Ramblers also lost to Colonia in Week Four (28-15). Matawan lost to Long Branch (40-28) and was the team that came the closest to knocking off Colonia when the Huskies lost to the Patriots on October 11th in Matawan (10-7). Carteret is looking to win its second sectional title in three seasons while Matawan is looking to win its first sectional title since winning CJ Group II in 2011. The Ramblers defense did a solid job of shutting down Long Branch’s Dahmiere Willis, who entered the game rushing for 1,800 yards on the season. Sam Kamara, Mike Nowak, and the Ramblers “D” to will have to put in a similar effort on Friday night to defeat the Huskies. Offensively, Nelson Baez directs a high powered Rambler offense that includes a talented group of receivers including Brandon Gilder, Hassan Williams, and Justin Taylor. Ra’Keem Bennett and Da’Avion Ellington lead another solid Rambler rushing attack. Devon Spann leads Matawan’s rushing attack with 799 yards and 10 TDs while freshman QB George Pearson has completed 108 of 208 passes for 1,755 yards and 12 TDs. Dejohn Rogers, Justin Ferrara, and Shawn Ramcheran are key targets for Pearson. Ramblers will have their hands full, but will find a way to win. Prediction: Carteret wins 22-21.

#3 Manalapan (10-1) vs. #1 South Brunswick (11-0)–For the second time in three years, these two teams will be facing off in the CJ Group V Championship. Two years ago, South Brunswick won the section by defeating the Braves at Rutgers behind the play of QB T.J. Perkowski, WR T.J. Taylor, sophomore RB Dontae Strickland, and bruising FB Dahrae Ford. This is the fourth straight trip to the sectional finals for Manalapan, which has last its three previous appearances including last year’s CJ Group V title game against Jason Cabinda, Michael Knight, and a determined Hunterdon Central squad. The Braves were the last team that played the Sayreville Bombers before the scandal broke in Bomber County, and they rolled to a 64-28 victory behind the play of standout running back Imamu Mayfield. The senior rusher for the Braves has 227 carries for 1,745 yards and 30 TDs. Manalapan continues a good recent tradition of good quarterback play with Dan Anerella, who has completed 85 of 154 passes for 1,384 yards and 17 TDs. South Brunswick counters with Strickland, now a senior, and bound for Syracuse, who has done it all this season on both sides of the ball for the Vikings. Strickland has nearly 1,200 yards on just 93 carries while scoring 16 TDs. He has also caught 8 passes for 123 yards and a TD, and thrown once (against Middletown South in the season opener) for 46 yards. QB Amir Johnson is gradually getting back into the swing of things after suffering an injury against Monroe while sophomore Josh Liao has done very well as the backup. Marcus Jackson, Mohammed Jabbie, and Wendell Allen have combined for 13 catches and 322 yards this season at WR. Junior Phil Campbell has churned up his fair share of yardage with 636 yards on 90 carries. Matt Golden is another do it all player for the Vikings with 224 yards rushing, 47 total tackles including 3 sacks, and 22 of 30 extra points while making the team’s only FG attempt this year. Manalapan’s only loss this season was to Non-Public Group III finalist, Red Bank Catholic, which defeated powerhouse football program St. Joseph’s-Montvale in the semis. The Braves also defeated a Hillsborough squad that rolled past Monroe after the Falcons nearly defeated SBHS a month earlier. Both teams also played Middletown South earlier in the year with the Vikings coming from behind to defeat the Eagles on opening night (36-24) and the Braves shutting down Middletown South about a month or so ago (21-3). Two years ago, I picked Manalapan to win the last time these two teams met in the final. This year, I’m going with South Brunswick to finish off the perfect season. Prediction: South Brunswick wins, 21-20.

#2 Phillipsburg (10-1) vs. #1 Colonia (11-0)–For the third time in the last two North Jersey Section 2 Group IV state tournaments, Phillipsburg, from Warren County, will be taking on a team from Woodbridge Township. Last year, the Stateliners rolled past a J.F. Kennedy team (42-14) that knocked off Irvington on the road in the first round to get to the sectional semifinals. This year, Woodbridge was the team that knocked off Irvington in the opening round only to fall to Phillipsburg in the semifinals (34-7). Phillipsburg is the defending champion in this section after defeating Cinderella Mendham in the title game last year. Mendham had defeated Colonia in the first round last year. The Stateliners enter the game with a lot of momentum thanks to not only their two playoff wins, but also a victory over arch rival Easton on Saturday (19-15). The Red Rovers from Pennsylvania have dominated the rivalry in recent years so the victory by the Stateliners gives them a great deal more confidence entering into the championship game versus Colonia. The Patriots will be well rested entering the contest. Colonia has not played a Thanksgiving Game in the past couple of seasons so they haven’t played since defeating arch rival, J.F. Kennedy (28-18) in the other semifinal. The Pats got tested this time around by the Mustangs, which lost to Colonia back in week #2 (26-7) and had been outscored 61-21 in the previous two meetings between the two schools. Colonia has only been really tested one other time, and that was against Matawan on October 11th in Northern Monmouth County, where the Pats came up with a 10-7 victory over a team also playing for a sectional title (against Carteret). Phillipsburg’s Joe Maso is a powerful running back, who runs hard and has great speed in the open field. Maso has 190 carries for 1277 yards and 17 TDs. He has also caught 3 passes for 68 yards and one TD (vs. Woodbridge). Backup QB Noah Conrad filled in quite well against Woodbridge for Anthony Guarino, who was injured. Conrad completed 6 of 15 passes for 106 yards and 3 TDs while only throwing one interception. Conrad and Phillipsburg attacked the Woodbridge secondary right from the get go, but the Barrons were quite competitive in the first half until the 66 yard punt return by Stephen Friedman just before halftime for a 20-0 lead. Friedman also had a 70 yard punt return with 6 seconds left to beat Easton. Guarino was expected to return for the Easton game, and should be ready for the final. Colonia will counter with QB Tenny Adewusi, who has completed 97 of 151 passes for 1,424 yards and 15 TDs. Adewusi has also rushed 127 times for 994 yards and 11 more TDs. Sam Pero leads the team in rushing with 1,468 yards on 211 carries. Pharoah Napoleon leads the Pats in receiving with 37 catches for 517 yards and 8 TDs. However, the Patriots also have the likes of Chase Barneys, Bryce Barneys, who can run and catch and have other basketball standouts on the roster including J.J. Corbett, Brandon Haines, and Jodrell Thompson. The defense is anchored by the play of Raul Cardona and Solomon Manning. Phillipsburg will have a battle from Colonia, but will win in the end. Patriots have a chance as long as they take care of the football. Woodbridge was able to move the ball quite well at times against Phillipsburg, but were stopped by turnovers and sacks. Prediction: Phillipsburg wins, 28-21.

#6 Shabazz (7-4) vs. #1 Dunellen (9-2)–For the second straight year, the Bulldogs of Shabazz, from the South Side of Newark, will be playing for the N2 Group I Championship. Last year, Shabazz took on small school power Hoboken, and lost 13-7. Two years ago, Dunellen took on Hoboken in the sectional semifinals, and lost on the road (35-0). This year, the Destroyers hosted the Red Wings, and clipped them by a score of 42-19. This followed an opening round win over Route 28 rival, Bound Brook (47-6). Dunellen is coming off a tough loss at home in the friendly confines of Columbia Park to another Route 28 rival, Middlesex on Thanksgiving Day. Despite 199 yards rushing and 3 TDs from senior QB Dave Johnson, the Destroyers, which were without the services of 1,000 yard rusher, Nassan Anderson, lost to the Blue Jays 24-22. It was the first time Dunellen lost the Battle of Route 28 since 2008. So, expect the Destroyers to play with a lot more motivation in the final. Shabazz also lost its Turkey Day game to crosstown rival, Weequahic in the annual Soul Bowl (18-14). The last time that Dunellen played for a sectional championship was back in 2010 when it lost to Shore Regional in the Central Jersey Group I final at Rutgers. The Destroyers played Shore earlier this year, and came from behind to post a 16-7 victory at Columbia Park on October 3rd. Dunellen also defeated defending CJ Group I champion, Point Pleasant Beach (32-8). Shabazz has played 7 other playoff teams including Hoboken on opening weekend, and lost (19-14). The Bulldogs began the season at 2-3 after 5 straight games against teams that qualified for the state playoffs, but had won five in a row before losing to Weequahic. Dunellen opened the season with a 28-14 loss to Spotswood, but then won 9 straight before falling to Middlesex on Turkey Day. The Destroyers have played 8 playoff teams, and have averaged 38 points per game while giving up 16 per contest. Shabazz has averaged 27 per game while giving up 11 per contest. Rob Young and Paul Appleton also provide punch to Dunellen’s run oriented single wing attack. Ryan McCann, Rob Puckett, Conrad Paddyfoot, and Uzoma Ojinnaka lead the Destroyer defense. Shabazz is led by Zaire Fogle at QB and Joshua Frederick at RB. Isaiah McLean and Tarik Haskins are good targets at wideout. Dunellen will face a very tough opponent in Shabazz, but will get the W. Prediction: Dunellen wins, 25-21.

Again, GMC Gridiron plans to see three of these championship games starting with the CJ Group III final on Friday night at Kean between Carteret and Matawan, and then the two early state final games at Rutgers on Saturday between South Brunswick and Manalapan for the CJ Group V title, and Colonia and Phillipsburg for the N2 Group IV title.