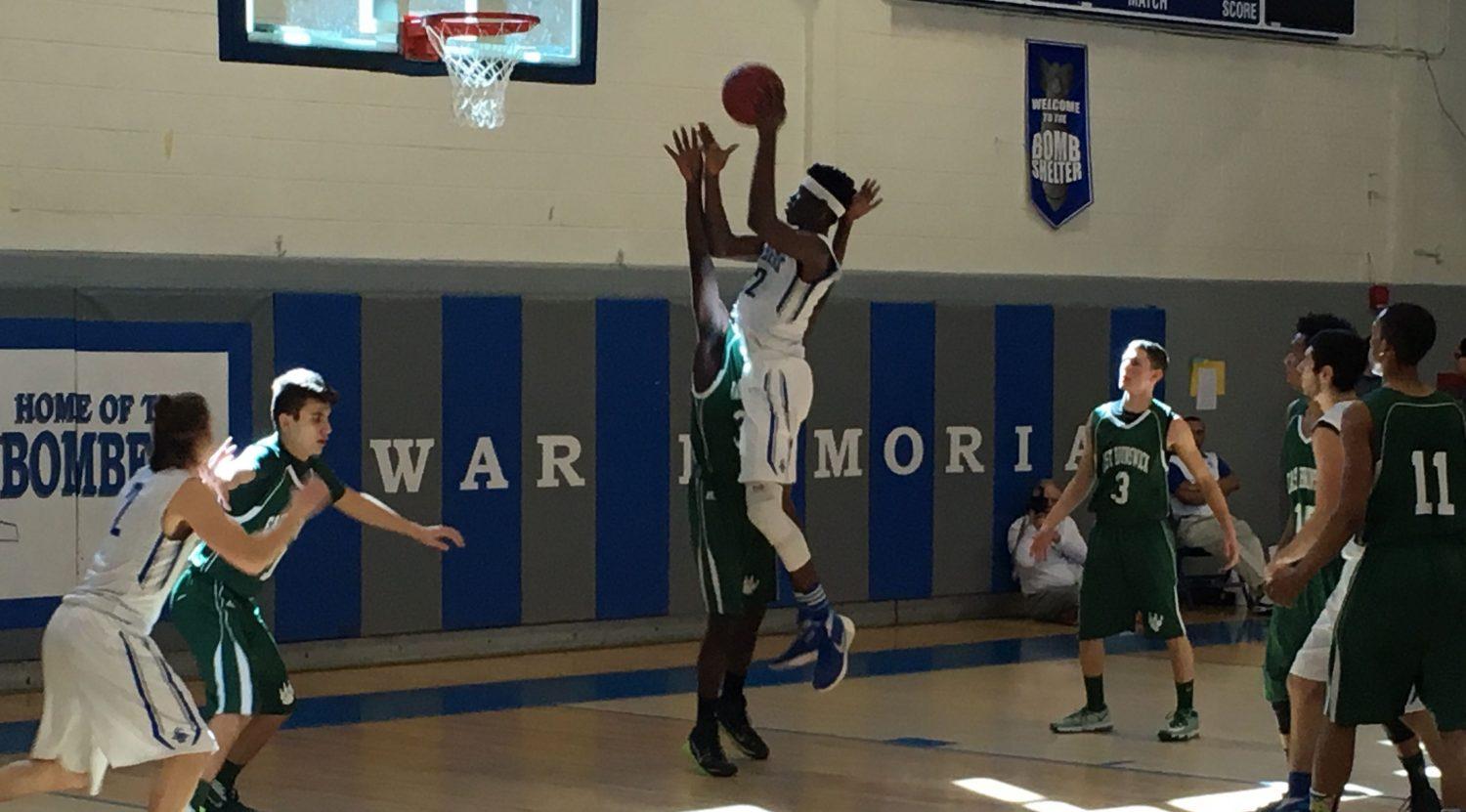 NORTH PLAINFIELD, NJ—It has been almost four years since Dunellen competed for a sectional championship, and about the same amount of time for a GMC division title. However, since struggling in 2015, the Destroyers have gradually become better and more competitive again.

Last year, Dunellen was 3-7 after going 1-18 the previous two years. The Destroyers signature win of the 2017 campaign was an overtime victory over Bishop Ahr at Columbia Park (26-20). On Friday night, Dunellen, which had already competed against Parsippany and Keansburg in two previous scrimmages, took on a North Plainfield squad that has struggled against the likes of Somerville, Voorhees, Rahway, Cranford, and Governor Livingston in the Mid-State 38’s Mountain Division as well as Bernards and Delaware Valley outside the division in recent years.

Capturing only the second half of action, GMC Gridiron did not get a complete look at Dunellen, but from what it saw, you could definitely say that the Destroyers will be even more competitive in 2018. On offense, Dunellen played typical Destroyer football with long drives taking up a lot of clock. The Dunellen backfield consisting of Jacob Sanders, Baraka Yabidi, and Joe Olsommer, moved the ball very well.

On its first drive of the 2nd half, Dunellen held possession for 9:43 of the period. The Destroyers managed to get down to the North Plainfield 11 yard line before being stopped on downs at the 2:19. Dunellen was able to maintain possession at one point by converting a 4th and 5 play on a run by Olsommer inside midfield. In total, the Destroyers had the ball for about 19 minutes of the second half. Twice, the visitors from Middlesex County got into scoring position, but couldn’t score.

North Plainfield, which scored on its first possession of the scrimmage with 4:08 to play in the first period at Krausche Field, was unable to muster up much offense over the final two periods. As a matter of fact, the Canucks went three and out after Dunellen’s near 10 minute drive consumed the third, and then North Plainfield had a bad snap on a punt attempt that went out of the end zone for a safety and Dunellen’s only points of the exhibition.

Dunellen’s two other drives also took up some time and had promise, but one ended in a fumble, and then a second was thwarted by a sack on the scrimmage’s final play. The Destroyers, which committed two turnovers in the 4th quarter, best chance to score in the contest might have come after forcing a North Plainfield turnover at about the 8 minute mark of the final period. Dunellen used up a little over 5 minutes of time as it moved into scoring position thanks in part to a face mask call on the Canucks.

Fortunately, for NPHS, which despite its struggles in the Mid-State 37 over the past few years, has managed to dominate its Thanksgiving Day rivalry with South Plainfield by winning 15 of the 16 contests against the Tigers since the rivalry was renewed in 2002, the defense did not break. From the North Plainfield 10 yard line, the Canuck defense forced Dunellen’s QB out of the pocket, and throw an interception in the end zone.

North Plainfield, which went 2-8 overall last year including an 0-5 mark in divisional play, held on for the 6-2 victory. The Canucks, which have not qualified for the state playoffs since losing to Carteret in the opening round of the 2010 Central Jersey Group 2 playoffs at Krausche Field, have gone only 22-47-1 since that 2010 season. North Plainfield is hoping to reverse those fortunes this year, and will open its 2018 season at home versus Delaware Valley.

Meanwhile, Dunellen, which is the smallest school playing football in the Greater Middlesex Conference, will be competing in the GMC’s Gold Division this year. The GMC, which has been in a three division alignment since the 2010 season, will return to a four division format for the first time in 9 seasons. Dunellen will be competing against the likes of Bishop Ahr, Metuchen, Middlesex, South River, and Spotswood. The Destroyers open the season this week on Friday, August 31st against South Hunterdon at home in Columbia Park.

View 2nd Half Highlights from Dunellen’s Scrimmage Against North Plainfield