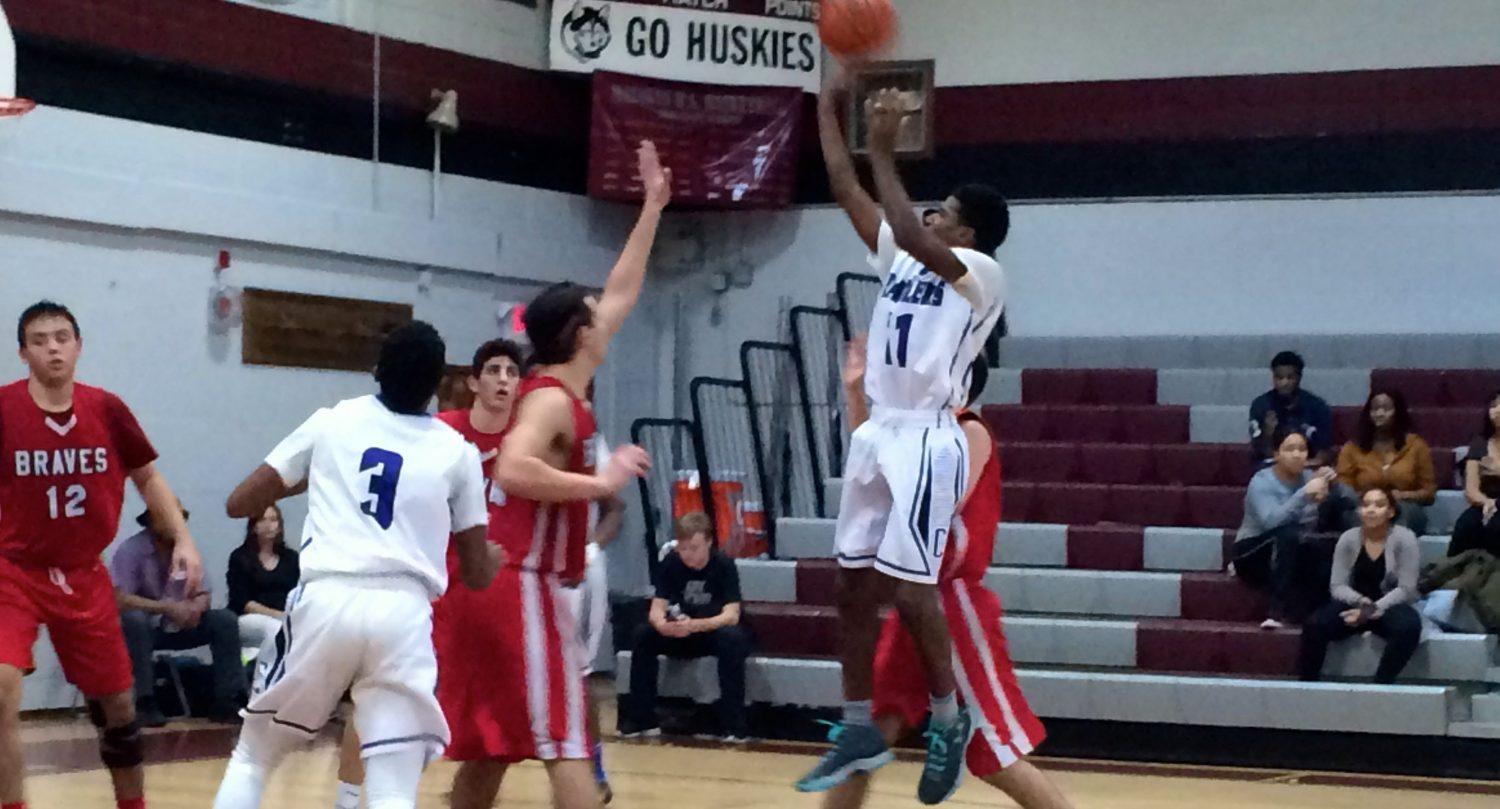 Here are highlights from the action in the contest between the Bridgewater Summer League All-Stars and St. Benedict’s of Newark. After the All-Stars scored the first three points, St. Benedict’s put together a 12-0 spurt highlighted by a two handed jam at the 14:03 mark for a nine point lead. St. Bennie’s continued to pull away, and actually led by 26 in the second half en route to a 58-34 victory. bEast Brunswick’s Jesse Perel played in the game for the Bridgewater Summer League All-Stars.